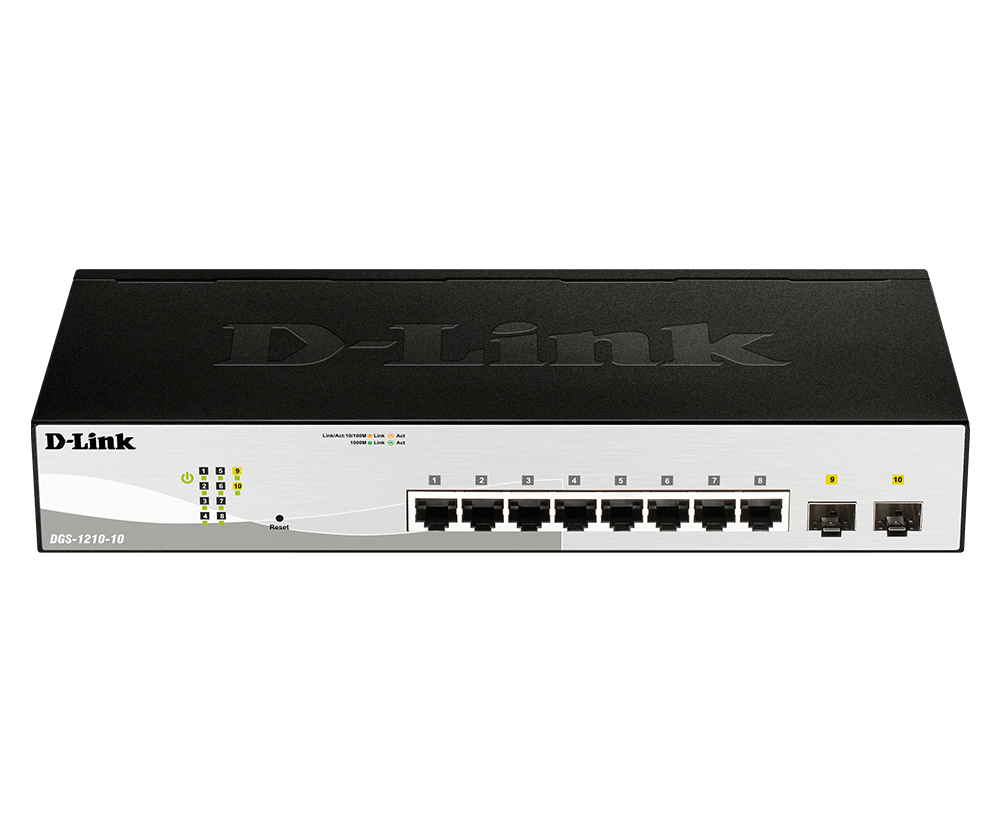 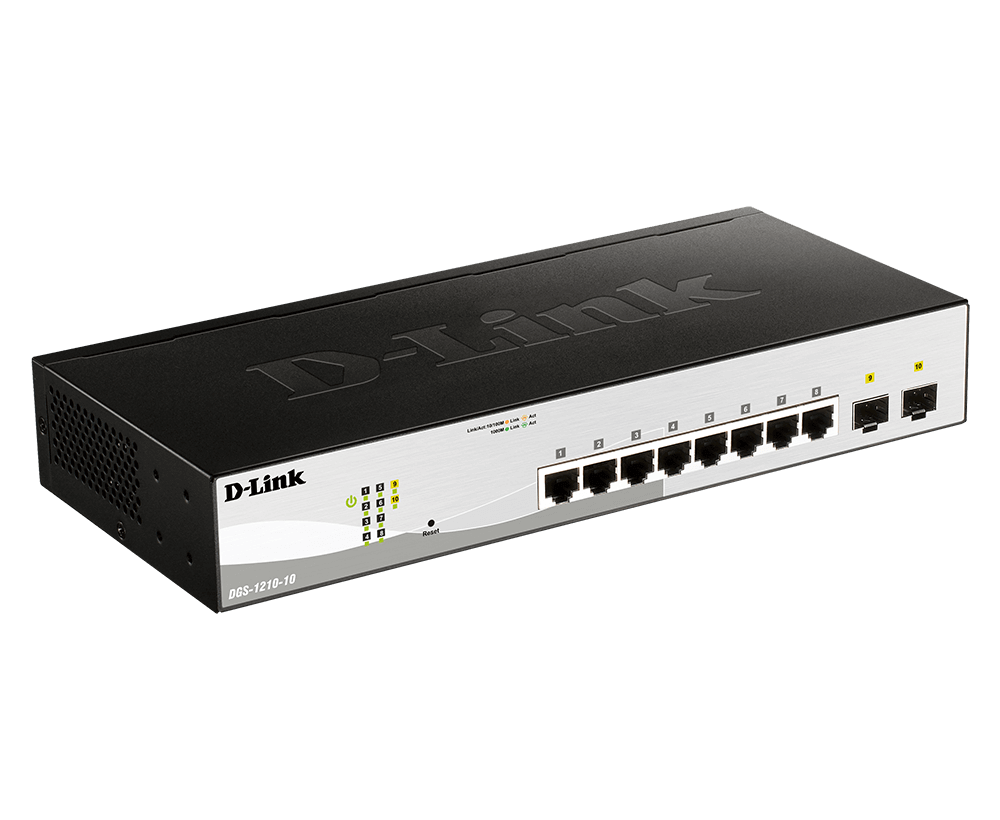 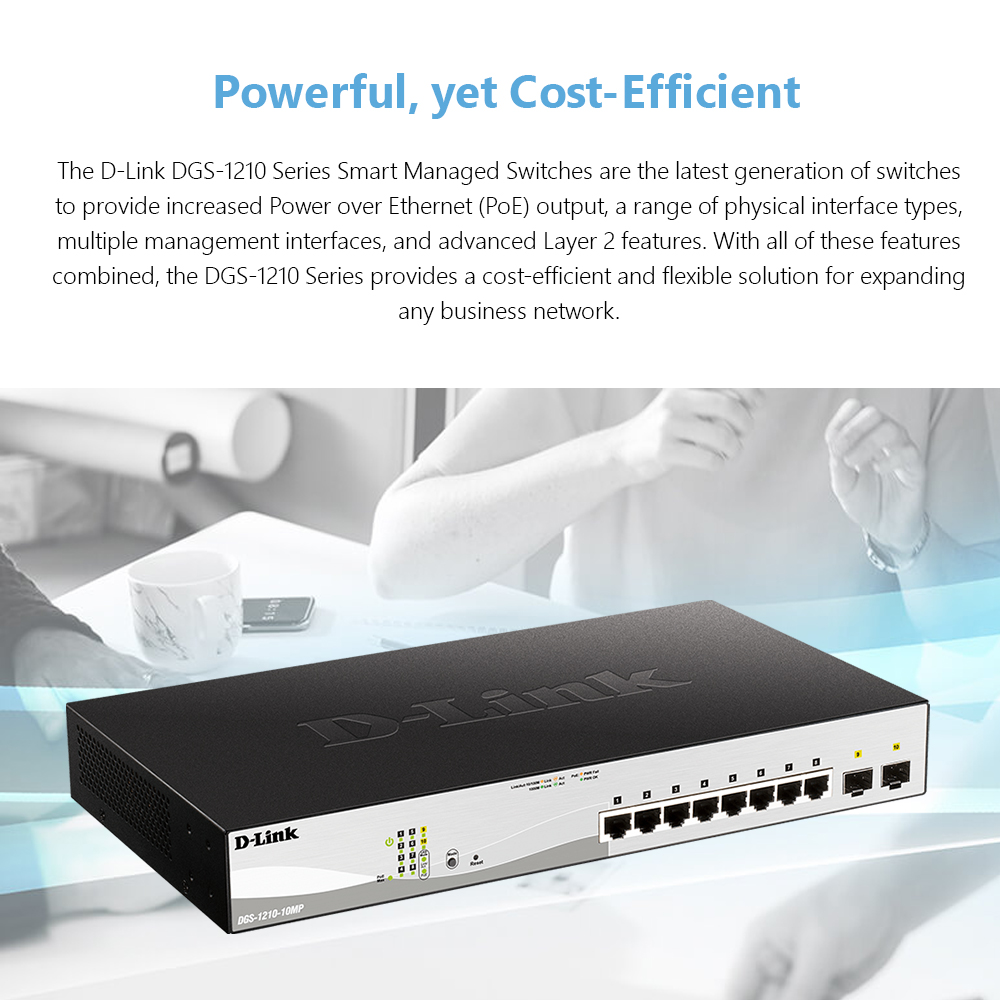 Cost-efficient and ﬂexible solution for expanding any business network.

D-Link is a global leader in designing and developing networking and connectivity products for consumers, small businesses, medium to large-sized enterprises, and service providers. ... Today, D-Link is laying the foundations for a world that's more connected, smarter, and more convenient.

The D-Link DGS-1210 Series Smart Managed Switches are the latest generation of switches to provide increased Power over Ethernet (PoE) output, a range of physical interface types, multiple management interfaces, and advanced Layer 2 features. With all of these features combined, the DGS-1210 Series provides a cost-efficient and flexible solution for expanding any business network. 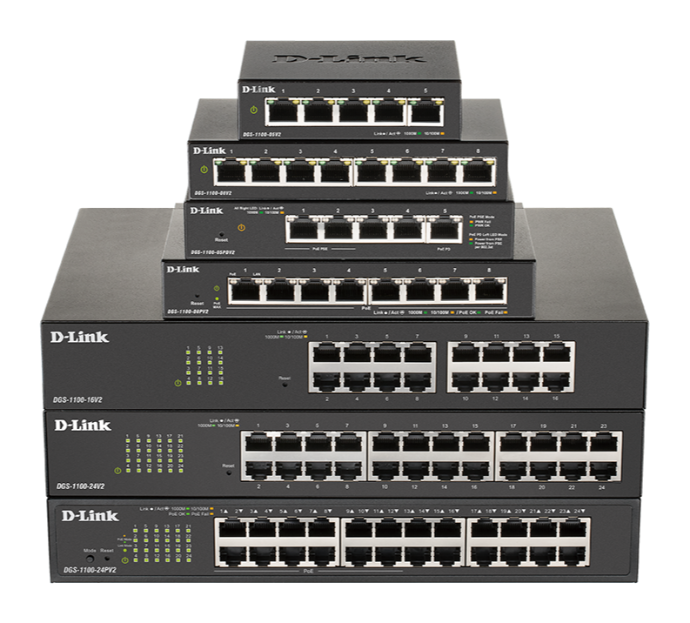 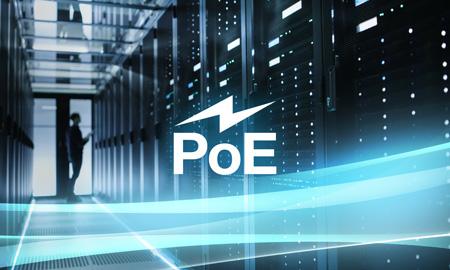 The DGS-1210 Series supports Auto Voice VLAN and Surveillance Mode, which allow voice and video traffic to be automatically identified and handled differently to regular network traffic. Auto Voice VLAN detects Voice over IP (VoIP) traffic and automatically segments it from the rest of the network, increasing security and allowing Quality of Service (QoS) to be applied.

Surveillance Mode detects compatible ONVIF cameras and places them in a surveillance VLAN, allowing a single switch to be used for voice, video, and data, removing the need for dedicated hardware and reducing maintenance costs. Surveillance Mode also includes its own Web UI, making surveillance features easily accessible and simplifying management of your surveillance network.

The Series also supports advanced features such as static routing, which allows for communication between different user groups in different VLAN segments in a network. The switch can directly handle inter VLAN routing using multiple interfaces, making the network run faster and more efficiently. And, because the switches can manage internal routing, the network router can be assigned to handle external traffic routing only. 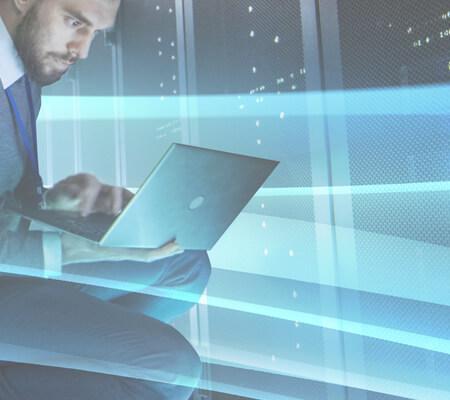 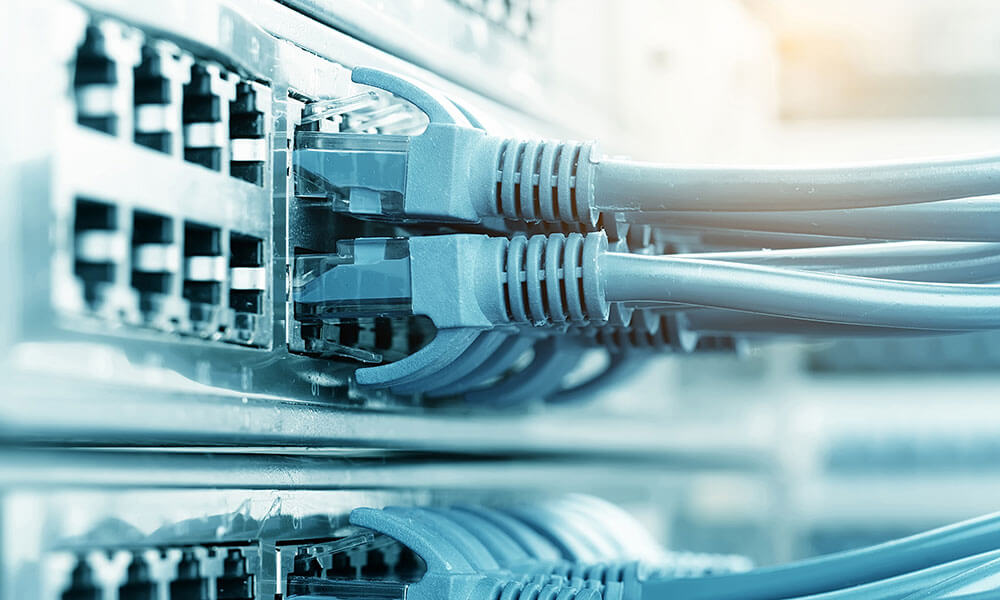 This is a preview of the recently viewed products by the user.
Once the user has seen at least one product this snippet will be visible.